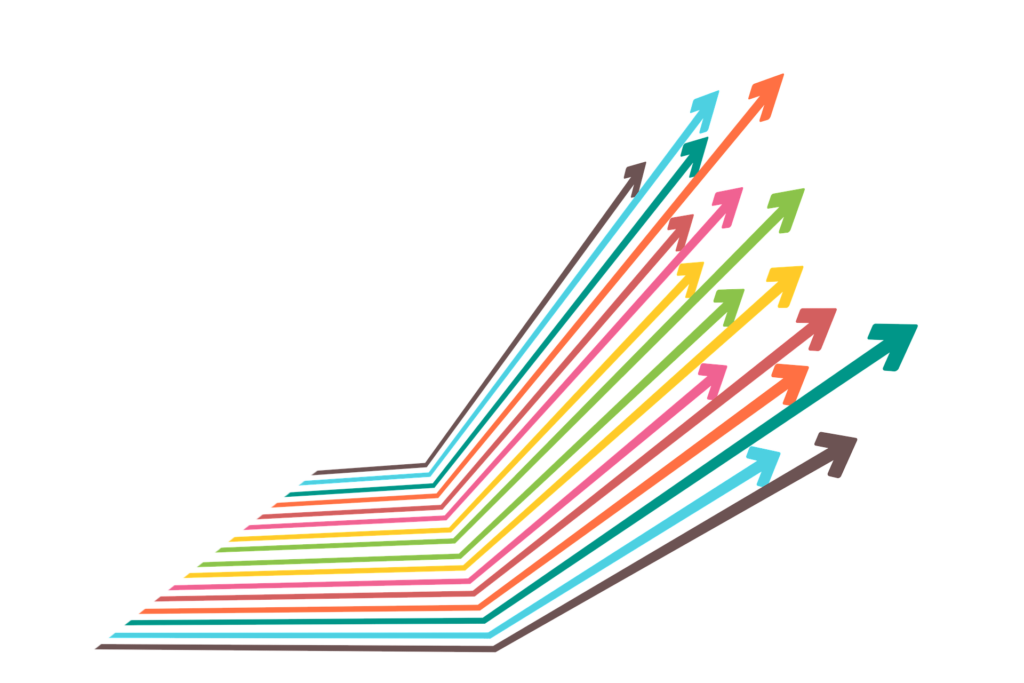 Why Scientists and Startups Should Oversell and Talk a Big Game

We are in a war of attention, with thousands of engineer optimized apps and gizmos attempting to steal your precious time. We are so caught up in our own lives we often fail to notice the glaringly obvious big problems affecting our world and billions of individuals every day.

Lack of education, starvation, access to clean water — these third-world problems rarely affect the lives of educated Westerners. Yet they mean life or death for billions.

And then there are bigger, more pressing societal problems: climate change, nuclear war, natural disaster, runaway AI, bioterrorism or any of a handful of other potentially cataclysmic events. While it would be very hard to fully wipe out life on this planet, there are many civilization level threats that 99.9% of humanity never even consider.

We are all too busy whistling while we work to see the bigger picture. The world we are moving towards is radically different — better in many if not most ways but there are always growing pains. Unfortunately, our leaders fail to bring these futures to the public and there has been a very real and very problematic backlash against science and technology. We’re afraid of losing jobs and yet 70% of Americans are negative about their job (Source).

What does that tell you about the health of society?

I recently had Cambridge researcher Aubrey de Grey on The Disruptors. His organization SENS is studying human longevity and working to extend healthy lifespan.

“the first person who will live to be 1,000 has already been born, and we’ll solve this “aging problem” within 20 years.” — Aubrey de Grey

Aubrey is going big and bold, and many in the field criticize him for it.

This is foolish. The most important factor for the success of any business, enterprise or research endeavor (assuming it is physically possible) is the public interest.

Build it and they will come is an old and incorrect assumption. People need to know and care about what you are doing or you are dead in the water.

Solving the chicken and the egg

For Aubrey and many others like him, the #1 limiting factor is time, which corresponds to funding. The more funding an organization like SENS has, the more people they can hire, the more time/effort they can dedicate to the mission and the greater likelihood they can achieve their goals.

And with many frontier technologies, it operates in a chicken and egg type scenario where funding and interest only come once significant results are in. At that point it is often too late to dramatically accelerate progress, instead it is just along for the ride.

Aubrey seeks to end aging and dramatically increase our lifespan, yet for most, even highly educated individuals this seems impossible. How old is the oldest person you have ever known? Maybe 100, maybe 110…

We think about things in terms of relative as opposed to absolutes. Your beliefs and the beliefs of the people you surround yourself with shape those expectations and thus impact your life expectancy, health, happiness etc…

The most important businesses and technologies are NEVER guaranteed, nothing is. Without Elon Musk electric vehicles would probably still be a fringe thing and reusable rockets would be inconceivable.

By attempting the impossible and selling his outlandish dream, Musk has redefined a new normal — and it is a much better world because of it.

It takes a person with a personality like a force of nature to move the inertia of society.

Here is where science often falls flat. Creating/inventing is one skill, selling/inspiring takes something else entirely and it is a skillset most researchers lack.

The tech never speaks for itself — it needs a voice, a champion.

For more on the importance of moonshots to drive technology and society forward, see this post:

Hype can be helpful

“All publicity is good publicity”

Funding and talent are the two most important factors for any organization or industry — unfortunately many of the best waste their skills helping Facebook and Google optimize their evil ad engines.

Recently blockchain has received a ton of hype/media coverage. We won’t get into the specifics here. Basically price-driven speculation (on a very promising and potentially disruptive technology) drove hundreds of billions into space in a very short span of time, making some developers and early evangelists fabulously wealthy.

This excitement drove a wave of early adopters, folks interested in the tech and ideology flocked to crypto. But this was amplified/mainly driven by speculation and promise of future economic gains. The industry exploded, almost overnight. Suddenly every developer, tech person, and financier was running as fast as possible to ICO and get in on the action — to build something potentially transformational and make some money.

The hype has died down some today, but certainly not dissipated. The 2016/2017 run up drove tons of talent and funding into the field, a bubble formed and we have dropped significantly from peak interest.

But the talent and funding largely remain. Now a nascent industry has the fuel it needs to grow, simmer and become meaningful.

NOTE: This is a follows a similar pattern to the dotcom boom/bust and could well be similarly impactful.

This is the power of hype. This is something fields like human longevity, space travel, genetic engineering and other fringe technologies largely lack.

Attention has advantages, and disadvantages but ultimately the right type of attention drives dollars and interest.

And now a hard thought experiment. When do the ends justify the means? Overpromising drives interest and advancement of the field but can come back to bite you.

In business, it is best to underpromise and overdeliver. Yet in frontier areas like this, places where interest and funding decide whether or not promising research gets furthered and funded, are scientists and startups ethically obligated to oversell themselves?

Need help scaling your startup or business? Let’s work together to take it to the next level 🙂

Post Views: 352
Share
previous
The Inequality of Innovation
next
Want Results? Tell People What They Want to Hear