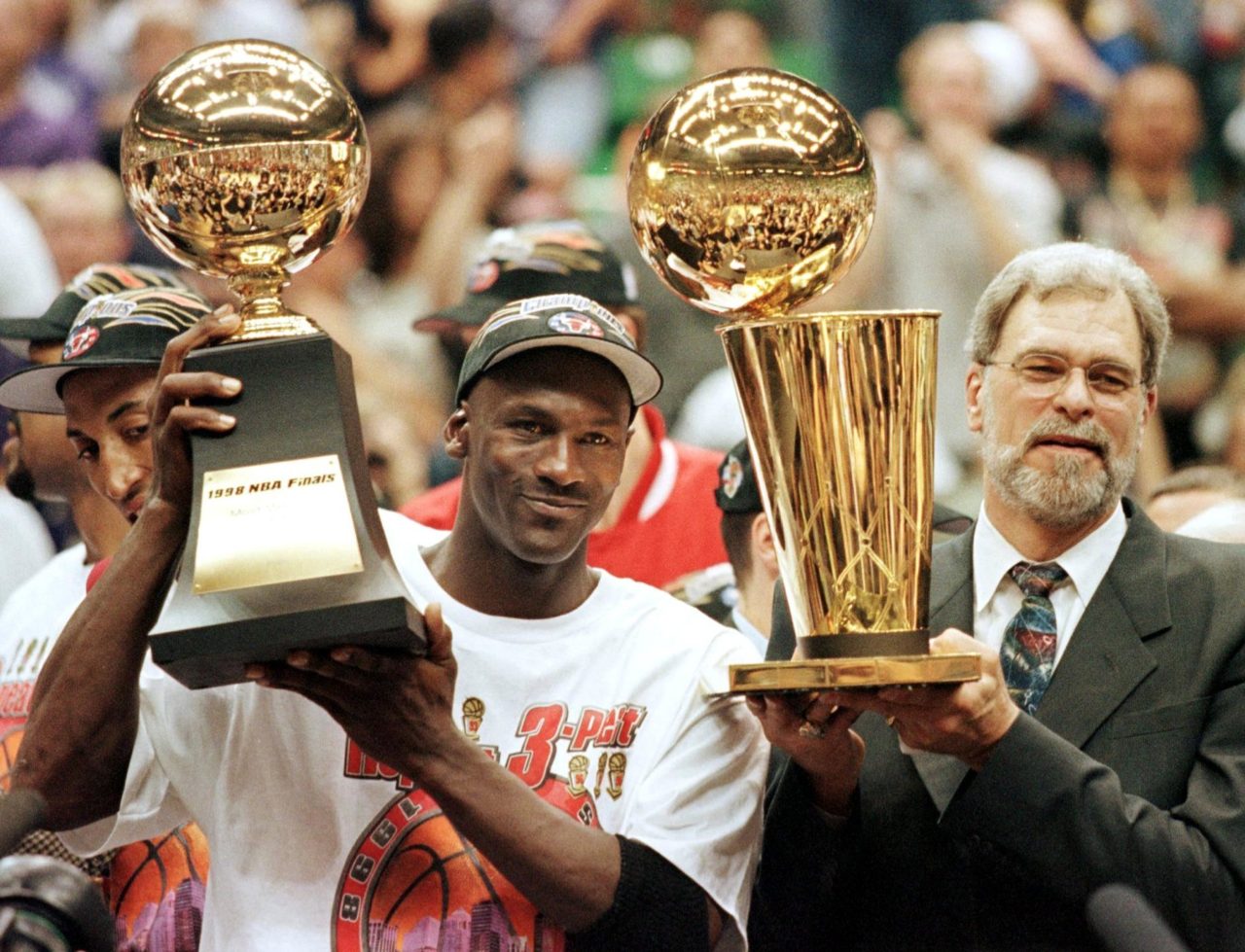 I don’t believe in regrets. I don’t believe in living my life looking backwards and wondering what if, as if wondering would change anything. I don’t see the purpose and I think it only damages the present, as if life wasn’t good enough as it is. Because things could have gone very differently… possibly even horribly bad.

But rather than going down a philosophical rabbit hole of past lives and alternate universes, I want to share the story of my career and of what I learned along the way. Specifically, I want to outline my greatest failings and shortcomings to help fellow founders and entrepreneurs avoid the hurdles I struggled with.

It started with my first “real” business, Art of the Kickstart. Sometime around 2013 as crowdfunding was coming into existence, I got it into my head that it would be great teaching others how to crowdfund their dreams. Even then, empowering entrepreneurs and innovators was my passion and goal, and even then, I was hopelessly idealistic.

Guess what? The podcast was a huge hit. It was soon the #1 crowdfunding podcast online, with thousands of entrepreneurs and creatives listening in from all over the world as I interviewed Kickstarter’s most successful creators.

But there was a problem. After probably 100 episodes of grit and determination (I was even foolish enough to edit my own episodes initially, rather than outsourcing), I finally realized something I should have known all along: people looking to raise money don’t have jack to pay you with. Not only was there no way to monetize the podcast with ads or affiliate products, most creators weren’t even able or willing to pay for consulting to help kickstart their dream. Almost every conversation went something like this: “Help me fund my project and I’ll give you a % of the total.”

Thankfully, I only made that mistake once or twice.

In total, Art of the Kickstart ended up being a bit of a business flop. There was no way to make real money short of building a crowdfunding agency and offering services to pre-funded creators. And that’s not what I wanted to do, so I sold the podcast to a crowdfunding company doing just that and made a bit of money.

It was a “base hit” as they’d say in baseball.

Luckily, I learned some very valuable (and time-consuming) lessons:

If I’d known this from the beginning or had experienced help at my side, I’d have saved myself 100s (maybe 1000s) of hours of near pointless work and heartache.

But at least I managed to sell the assets and had enough of a cash injection to get by for a while.

Chapter 2: Do it yourself

During this time I’d also been toying with the idea of kickstarting my own product business. I was a mechanical engineer by trade. knew the ins and outs of crowdfunding and figured, if I can’t make money helping others fundraise, I’ll have to do it myself.

I have always been into optimizing health and productivity, also traveling. And with the waves of similarly-minded folks flooding to Kickstarter plus the rise of the digital nomad culture (traveling the world as you worked online – which was exactly what I was doing), I decided to design the perfect standing desk for the on-the-go professional: a bamboo laptop case that opened into a standing desk and could be used anywhere.

After reaching out to my network, I found a factory in China that could make my case. Being a “doer,” I got on the next plane and moved to a rural part of Hangzhou (from Thailand) to get started with the first prototypes. And boy did that take forever. Living in a small village where NO ONE spoke English and people ran to the windows to watch me walk by, I had a lot of free time.

And with the 3-4 weeks waiting period between each design iteration, I got impatient. For someone who has ADHD, that is an eternity. Luckily, this was early 2015, and I knew people who’d skipped the whole “design your own product and kickstart it ” wave, and were simply whitelabeling products and selling directly on Amazon.

I found a handful of Amazon FBA and ecommerce podcasts and a mastermind group and got started launching a home & garden brand in my spare time, while waiting for each successive iteration of my standing desk.

From my research, I’d found it takes about 2000 units to scale up sales and avoid going “out of stock” before the second production run. So what did I do? I invested eight grand into my first order and after employing several growth hacking tactics and sales strategies I’d learned over the years and through observing and testing the market, my sales started to take off.

Suddenly, my side project was anything but, quickly eclipsing anything I could have hoped for with the standing desk. So being a true entrepreneur, what did I do? I jumped, I went headlong into Amazon FBA. I even started a podcast: FBA ALLSTARS, to “journal” my adventure and help others do the same – most of the podcasts at the time were moderately successful sellers selling super expensive “courses” to teach people how to “do it themselves.” I didn’t like that.

But to be honest, I was never really a “gardening guy.” I never viewed the business as a long-term thing for me. Looking back, this was such a mistake, but I didn’t know that at the time (having an experienced business coach would have been invaluable here – which is a big part of the reason I became a coach in the first place!).

But instead of receiving great advice and scaling the business up to $5-10M+ before selling, I followed my marketing and sales instincts and came up with a catchy tagline for the podcast “Step One to Seven Figures.”

It had a good ring to it and that was the joke. I told everyone I was going to pretend I actually wanted to sell the business for a million dollars at the end of the year.

Why a million you may ask? That’s a great question and one I wish I’d had someone more experienced to guide me with at the time. But I didn’t.

You see, I wanted to hit a million dollar exit because that was the amount I’d calculated I could invest into relatively safe real estate and be able to live from for the rest of my life – ie, financial freedom.

So, I got sucked in and created this false goal (which was totally unachievable, or so I thought at the time…) and drastically limited my vision of what was and wasn’t possible. Then, around halfway through the year, my sales really skyrocketed and I realized it was actually attainable. I dove wholeheartedly in, never thinking for a second that it might be smarter to build the business even longer for a larger exit further in the future.

My lack of experience blinded me to the bigger picture and because I also lacked a trusted outside perspective, I followed my faulty instincts. In the end, I sold the business on an earnout deal and managed to hit my goal.

It was the greatest professional success of my life to that point, but also my greatest failure. If only I’d known better, I’d have built the business up another couple years and easily had a $5-10M exit, never a care in the world when it came to money.

Unfortunately, it was not to be.

But you live and learn…

Unless you’re smart enough to learn from others. That’s the big mistake I made. And now, as an experienced business coach that’s worked with dozens of startups and businesses (everything from early-early stage startups to massive enterprises and high street fashion, I’ve built up a breadth of expertise that would have made all the difference back then… Especially as I struggled through 80-100 hour workweeks, sleepless nights, building and managing a team, staying on top of supply chains and P&Ls and pretty much figuring it all out as I raced/stumbled along.

Which is astonishing, considering all I have learned since then.

But I guess that’s why I became a business coach.

Because I don’t want others to suffer through the same things I did.

Because I want to help founders build bigger, more meaningful businesses faster, without breaking themselves in the process.

Because I suffered months of burnout after the sale and know just how bad that can be.

So, if you’re a founder or CEO building something meaningful in the world, find yourself a trusted coach. Please! Whether that is me or someone else, a little help and guidance goes a long long way – trust me. I’ve been in your shoes, sort of 🙂

I’d love to hear more about what you’re working on to see if we’d be a good fit working together and if I can help you achieve more, grow faster and create a bigger impact in the world without brutalizing your body, mind and family/social life in the process!