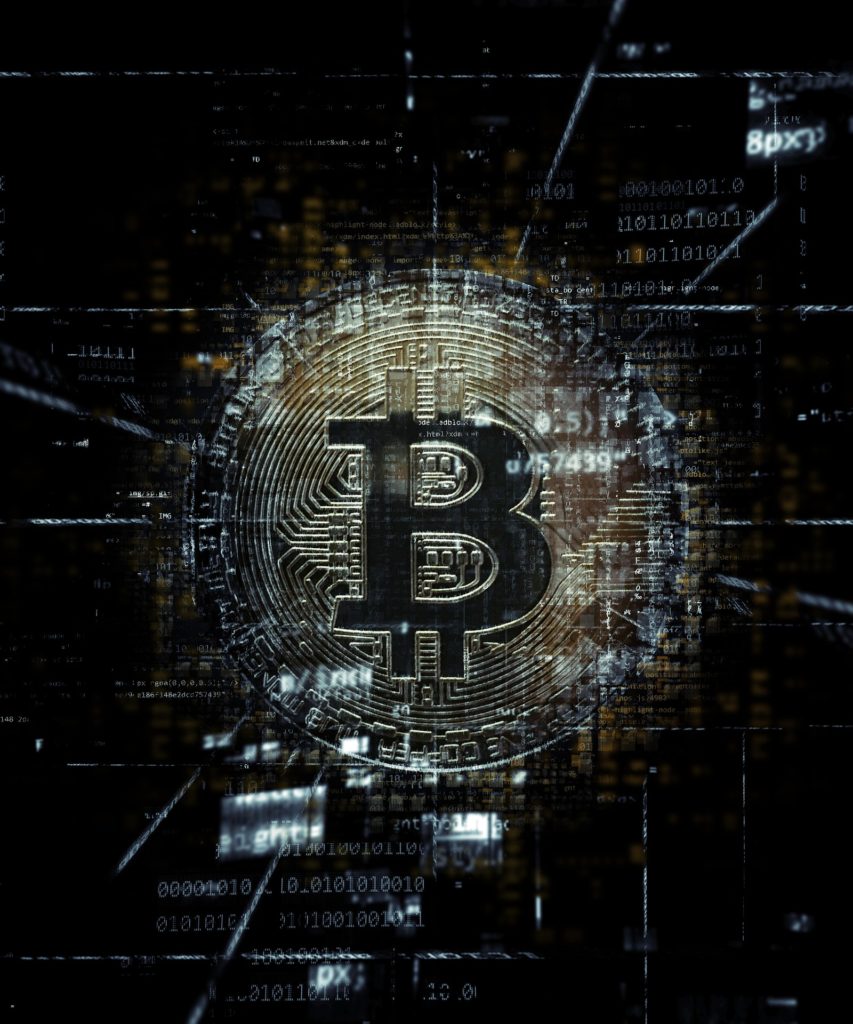 People are short-sighted, we don’t want to miss out on the action.

We live in a world of instant gratification: sex, drugs, money, violence… And this fixation on the here and now creates issues in the future — hence every major hype cycle.

The dotcom boom and bust was caused by short-sightedness. Individuals and investors saw companies rapidly receiving huge valuations, typically with no material value. And society tricked itself into believing it would always goes up. No one wanted to miss on tech stocks which seemed like a guaranteed lottery payout.

But then the reckoning came. The markets dried and the worthless giants collapsed, crushing the economy. History repeats itself.

Things are eerily similar here. (For a more detailed comparison, see this post on boom, bust and rebirth of crypto)

It ALWAYS comes back to expectations. When expectations get out of whack with reality, problems occur. As this happens with larger and larger segments of the population, the risks increase.

Today the Fed are worried about Bitcoin’s ability to crash the economy. With individuals borrowing money or mortgaging their homes to invest in Bitcoin futures, there is significant risk of a collapse. Unlike most assets and currencies, Bitcoin’s only value is its perceived value. There is no other use for this digital gold, try paying your bills with Bitcoin (especially outside of Silicon Valley)

When people begin to realize this and markets correct, this could spell a run on the banks. And without a central regulating body to close exchanges or regulate pricing, the currency could see exponentially faster decline — destroying itself 24/7.

What is the best use of blockchain?

Cryptocurrencies have been around for almost 10 years (since 2009). Where is the killer use case? To date there isn’t one, at least not yet.

For blockchain to build value (beyond false ICO expectations), the industry needs to mature. We are still in the early days of crypto. It may still be several years before the first real applications and “value” exist.

That is a long time to wait, and speculate…

And the expectations are enormous — too optimistic to be honest. The world won’t be overthrown by blockchain in a year or two. Building the internet took time. Creating the building blocks of blockchain will be no different (although likely faster).

Things take time. Plus people and society take time to adjust. And even after applications are built leveraging the blockchain, the entire UX/UI needs to be overhauled. Today buying and selling crypto is a pain. It is hard and few but the technologically advanced can manage.

To make crypto mainstream, idiot-proof apps need to be built. Look at the tech giants of today. Usability is a top priority to reach broad swaths of the population. The same needs to be done for crypto. And it is in these picks and shovels businesses that true value is created (for more on this concept, see this article)

How about the future of blockchain…

As of this point you probably think I am a crypto pessimist. You would be sadly mistaken. I am very very big on blockchain. The future potential to redefine the entire framework of society is ENORMOUS.

But it is also the future. Don’t trick yourselves into believing the short term hype. We still have a ways to go.

The areas that I am most excited about extend beyond the obvious financial implications (changing banking structure, reducing middlemen (peer-to-peer), decreasing money transfer fees etc…).

1. In the not so distant future, humans will probably wear rings or bracelets containing their crypto cash (probably personal identification as well). Your device will monitors your heart rate, possibly taking micro samples of blood to analyze DNA, ensuring it is in fact your money you are wearing. This provides added bio-security (likely soon to be a thing) and makes money much harder to misplace.

2. Some governments around the world will begin to embrace crypto while others will crackdown. As governments see the writing on the wall, they will look to control cryptocurrencies or create their own to maintain financial hold over citizens. As money becomes decentralized, citizens will start to question and redefine the roles of government. In all likelihood, not all major countries will survive this switch and these changes will dramatically impact the power dynamics of nations moving forward..

3. Blockchain will radically change voting and governance, creating a more transparent voting system. Many of these changes will come from progressive, successful blockchain companies working to overhaul the voting system. Hopefully these measures will help to reduce fraud and corruption in politics.

4. Freedom of money will create a more geographically free world, where citizens can more easily pick up and leave in situations of strife. Theoretically this would reduce the sex slave trade worldwide as individuals seeking to escape war, violence and hardship could more easily move money and thus rely less on traffickers.

These advantages would also apply to everyday citizens, creating a more free economy where money and talent flocked to the most advantageous regions (further blurring nation-state borders)

NOTE: The USA is the only 1st world country with tax slavery on its citizens, regardless of where they live. I foresee this combined with cryptocurrencies ability to move leading to both increased tax fraud and significantly elevated numbers of successful entrepreneurs giving up US citizenship in exchange for tax relief.

5. Blockchain simplifies recording keeping, reducing the need for a large percentage of government employees whose sole job is to create and maintain paperwork. These implications have not been discussed previously (as far as I know), but the impact of reducing paperwork in government (which never ever happens), will likely creating significant stress on the system (without even taking into account AI). What do you do with worthless government workers?

Clearly smart contracts will play large roles in very simple deals, but in more finessed areas, these will take much much longer than people anticipate and come with some gaping flaws (like the DAO heist).

7. What is the purpose of stocks when you have tokens? Inevitably, tokens as securities will become legalized and at that point stocks and ownership tokens will become synonymous. Quickly stocks will be tokenized (1:1) and added to exchanges, allowing for purchase of both ownership and utility tokens. The question, which will hold the real value? The answer lies in the type of company and inherent utility value.

8. Blockchain will dramatically increase the liquidity, value and volatility of real estate. By simplifying ownership records of building and land, companies and municipalities will drastically reduce amount of paperwork and time needed to complete transactions, making the market more liquid.

And increasing in liquidity increases value. This will likely lead to major growth in the real estate sector (but also increased volatility, like the stock market).

NOTE: Eric Ries is currently working on the LTSE (long term stock exchange). Because public markets are so volatile and subject to short term pressures, companies and innovation suffer. Similar issues could occur in EVERY tokenized area of the economy unless proper regulations (or control mechanisms) are put in place.

By drastically reducing paperwork (both in terms of cost and time), and better unifying health records, physicians and hospitals will be able to access (with the patient’s permission), entire health records to better analyze and treat patients. Combining this with AI/ML and wearable health trackers adds further valuable data, hopefully reversing the broken healthcare system, by focusing on prevention, rather than treating problems.

NOTE: If the US fails at this, this could legitimately bankrupt the country in the no so distant future.

10. Crypto could lead to Minority Report and make privacy a thing of the past. Blockchain is as a store of information. When facial recognition combines with AI, autonomous vehicles and an ever increasing number of cameras, tracking people’s movements becomes pretty easy.

Under oppressive governments (or possibly any), this could become a situation where movements are constantly monitored, creating a digitized version of our lives where surveillance and possible criminal indictments could arise. Sounds like the first steps to Minority Report…

11. Many new network effects companies will overthrow incumbents. From social networks and communication platforms to marketplaces and content sites, startups with properly aligned token incentives can shortcut the creation of massive networks. Many of these will likely beat out of the Googles, Facebooks and Amazons of the world, given enough time.

“Moving first is a tactic, not a goal….It’s much better to be a last mover.” — Peter Thiel

On the surface this seems contrarian. When is being last better than being first?

Steve Jobs understood this. Apple didn’t make the 1st MP3 player or the 1st smartphone. Yet in consumer tech, Apple is synonymous with both.

That was no accident. This is Thiel’s theory in practice. Wealth accrues not to the first but to the monopoly, the company that captures the market, makes consumers forget all others and rides the waves as long as profits pour.

They are the last. There is no successor coming. That is where the money is made and that is where startups and businesses should strive to be.

So let me ask you, are today’s ICOs and crypto companies really the ones that build value and win in the long run? If not, are you are betting on the wrong horse.

Don’t let FOMO (fear of missing out) force you into bad decisions.

Here’s a secret. Of all the cryptocurrencies today, which is most critical to the entire ecosystem? Obviously Ethereum. If I wanted to bet on crypto, that’s my pick.

Post Views: 748
Share
previous
The Facebook Mafia “Join us or we will copy you” - Platforms, Marketplaces and Playing with Fire
next
Why Your Startup's J Growth Curve is Actually Just an S