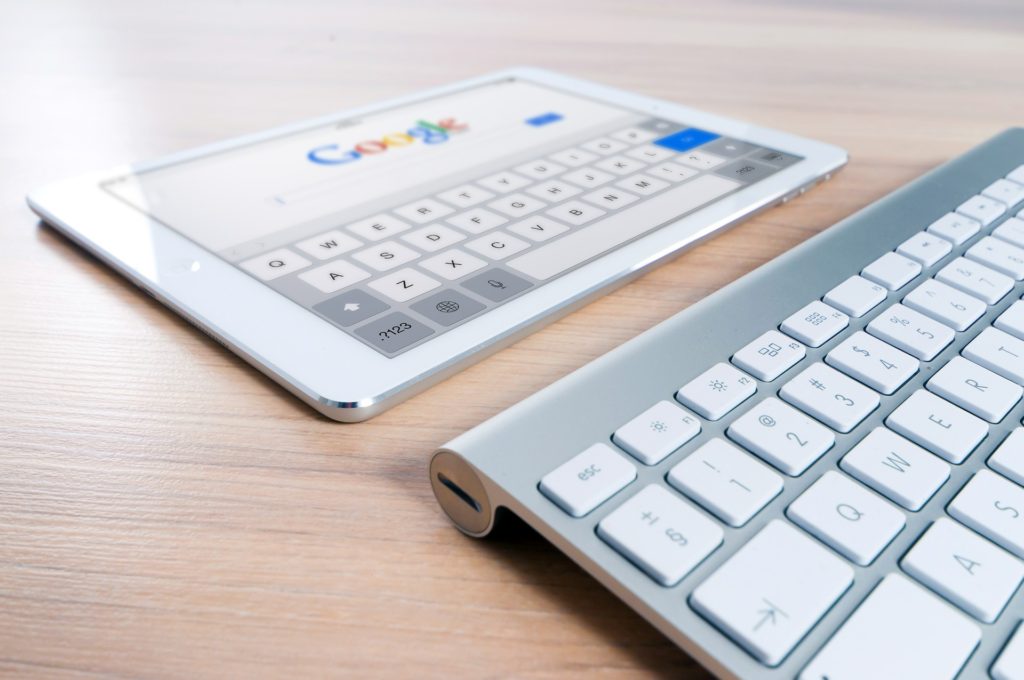 Apple and Google are two of the strongest, most profitable tech giants today. But both are in for a kick in the ass, here is why.

Disruption is the name of the game. Great businesses die from one of two main reasons: failure to innovate or a powerful disruption. From my vantage point, both Apple and Google are firmly in those categories.

An Apple a day keeps the sharks at bay

For a more in-depth analysis of Apple’s future, see Is Apple’s Greatness Fading?

Steve Jobs must be rolling over in his grave. From one of the great innovators of all time to one of business’s most logistically efficient conmen, Tim Cook is driving Apple into the ground and grabbing dollars by the fistful.

Everyone understands the pros and cons of short vs long term thinking/gratification. And Apple for one is focused on the short term. Cook’s greatest innovations have been dongles and adapters and connectors and crap designed to milk fanboys for all they are worth. Apple isn’t focused on usability or innovation anymore, they are focused on annoying, high margin accessories that have driven profits and market caps through the roof in recent years.

Removing ports, removing headphone jacks, removing all simple functionality to force an additional purchase, all in the name of profit and aesthetics is downright troublesome. And Apple’s flops on new product lines and innovation are awfully embarrassing — the Macbook Pro slider, the Watch, the car, the marginally better iPhone at ever increasing prices…

Apple is building fluff features for the sake of showmanship and sales… that is usually a formula for disaster.

Rome falls at the pinnacle of it’s opulence and Apple’s $5B spaceship headquarters is arguably the best product since the iPhone. Mhm.

Bold prediction: Apple has peaked and short term greed has offset long term growth mindset. This is a company that HAS to buy someone to save their own ass and remain relevant.

Logical Expansions: Focus on podcasts and advertising to unseat radio and drive ad dollars through iTunes.

Hailmary Shot: Augmented reality could save Apple, if they are smart enough to execute well. Apple is a hardware/software company with raving fans and design aesthetic. If Apple can outperform competitors and create a new category defining product, AR is almost certainly it. Augmented reality will disrupt touch and screen based interfaces. Apple needs to lead from the front, rather than following to keep up and keep the brand relevant.

“Ok Google, I don’t want to hear another ad”

For more on Google’s future, here’s an in-depth dive on Alphabet!

Voice is a paradigm shift, especially for Google. And it is ironic. Google is the leader in voice and NLP, clearly outperforming competitors like Alexa, Cortana and Siri (a joke) in the fields of voice.

But that begs a bigger question: what happens to search results and paid ads without the screen interface? Will Google just read ads all day like Billy Mays? Or is there an ounce of integrity left?

That is question. Currently Google overloads search results with shitty ads. But in voice, there is no page 2, page 3 or even #2. It is winner take all. You don’t want some device reading out a million options. You want the best option and you want it immediately.

Which is why Amazon is poised to win. Alexa will be your personal Amazon Basics shopping assistant (see more about Amazon engulfing ecommerce here). That spells trouble for Google. Amazon accounts for a huge (yet ever dwindling) portion of Google’s revenue (in 2013 Amazon spent $157.7 million on Google ads, by 2016 their marketing spend was up to $7B — Sources: DigitalStrategyConsulting, BusinessInsider)

But Amazon no longer needs to advertise on Google. Amazon is organically outranking everything else and has a massive customer base who consistently shop direct via Amazon.

So if voice disrupts Google core search/ads business, the business fueling their driverless cars, their wifi balloons, Google Ventures and all of Alphabet’s interesting arms, how can the company survive?

Obviously they have been thinking about this, which explains their weird assortment of products and projects. But it still poses a fundamental question: in a world of voice, what is Google?

On a related note, Google recently partnered with Walmart.com. Talk about a match made in hell. Both companies could care less about the other and realize the futility of working together but what option do they have? Google NEEDS an ecommerce play. And Walmart can’t figure out acquisition and growth against Amazon. Talk about two drowning men each pulling each other down.

Logical Expansions: Like Google, Apple has an incredible opportunity to win AR/VR and/or voice. They ARE NOT a hardware company though they are trying to be. If Google can create the infrastructure and tools needed in these new mediums, they might be able retain their role as operating system of the internet.

Hailmary Shot: Google should be working on a blockchain based Internet 4.0. If distributed networks are able to displace incumbent closed systems, all existing internet companies will be in trouble. Google is uniquely suited with their experience building/designing much of how we use the web today to try and create the web of tomorrow.

Google’s great work in voice and NLP is disrupting their core business. Apple’s short-sightedness insignificant upsells is setting the company up for challenges.

We have two of the greatest tech companies of all time, both put in positions of potential peril. How can they survive, how can they thrive?

Google’s partnership with Lyft is a HUGE plus here. These two can win autonomous, in which case Google will successfully morph its core business and wind up winning anyways.

Apple on the other hand has more work ahead of them. Google has been creatively probing the future. Apple has been content to hide and hold profits and build a nest egg.

Will both companies survive the next 15 years? Will either? Who?

Would love to hear your thoughts on the future for Google and Apple. What are your favorites from the Big 4?

I got my money on Amazon (Here is why Amazon is killing ecommerce).

If you got something actionable or valuable from this post or enjoyed the debate, go ahead share it on social!