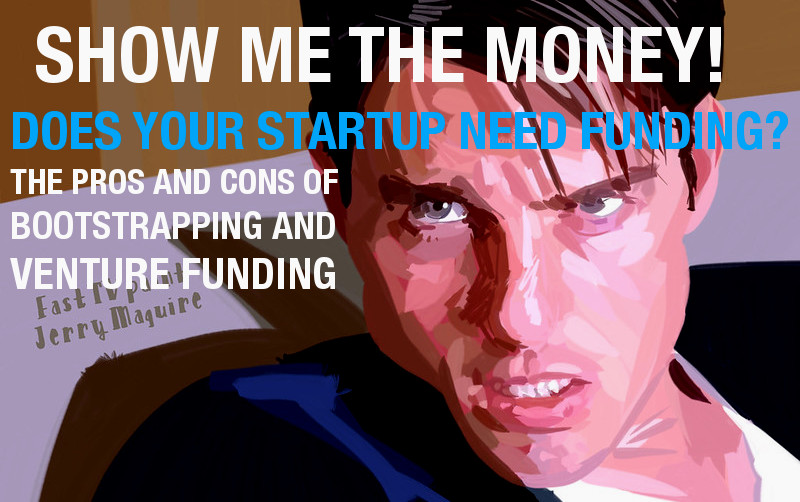 There’s no such thing as a free lunch, at least not in the cutthroat world of venture capital. VCs (and most angel investors) are in the business of making money work, big time ROIs. And if you take outside funding, you’re obligated to deliver.

But still, free money… it’s so tempting, especially if a VC-backed competitor could come in and kick the crap out of your company in a race to market.

So inevitably, the question all founders face is: Do you take outside funding? And if so, from whom?

It can be overwhelming. Where do you even get started?

When it comes to the types of investors, here’s a supplemental article on the pros and cons of angels, VCs and syndicate. I’d recommend brushing up.

To build your ideal investor base, you NEED to understand their specific incentives. And it’s not just about the money, it’s also expectations and timelines.

To raise or not to raise?

Funding is the biggest question founders face when contemplating the future of their company. It dictates the direction of your business from now until liquidity (ie an acquisition or IPO/public offering).

Rather than getting bogged down in the bigness the decision, let’s examine reasons for and against funding.

First, why are you considering raising money?

Is it because you’d like a lifeline? Or maybe cause everyone else is. TechCrunch headlines are exciting, and every founder wants to show mom she’s succeeding after all that second-guessing at Christmas.

But those are shitty reasons to give up control of your company. So too is scaling faster, at least if you haven’t solved product-market fit yet.

Not all businesses need outside funding. Plenty of service-based businesses and ecommerce companies can be built and profitably scaled with little to no upfront cash if the unit economics are right.

The ironic thing is, once you nail the unit economics is the BEST time to scale and take on investment. At that point, you’re a surefire thing, like rocket fuel after blast off.

And if that’s you, VCs come knocking.

What type of companies need funding?

Certain startups aren’t doable without boatloads of cash. Getting a drug through FDA approval is a $100M process with a one-in-ten success rate. That’s a billion dollars per drug… Good luck bootstrapping that.

The same is often true of fintech and financial services. Governments don’t want unproven startups handling/losing Joe Schmo’s life savings. As such, there are a million hoops to jump through.

Even Eric Ries (the king of the Lean Startup) raised $50M to build a Long Term Stock Exchange. And that’s without shipping a single product…

Some poker tables have big buy-ins.

And then there’s the companies where scale is EVERYTHING. Uber with a taxi per town or Facebook with a few thousand users is worse than useless. Everything rides on network effects and those need mass-market adoption to be valuable.

If I have to wait forty-five minutes, I might as well take a taxi.

So at least on a per-city basis, Uber did the right thing. When it comes to scaling between cities though, there were some expensive flaws in the model. (See this post for more).

Investors love big wins. And nothing is bigger than EVERYTHING. That’s why companies like Amazon, Google and Facebook are so powerful, and profitable. The network effects make them untouchable monopolies (it’s Ben Thompson’s Aggregation Theory in action). And businesswise, nothing beats a monopoly.

These opportunities scream for funding. It’s a race to own an entire market. And if the market’s big enough, it’s worth putting massie resources behind. Amazon was (at least by the numbers), unprofitable for the first 14years of its existence, reinvesting everything into growth and avoiding taxes.

It worked, and today Amazon’s the most powerful company on earth and not slowing down.

And ecommerce (which I’ve discussed ad nauseam here and here) is a winner take all market.

The cons of funding

Outside of the fact that some companies simply don’t have the upside to justify venture dollars (ie., at least a $1B addressable market, minimum), others are just better suited to slower, more sustainable growth.

Blue Apron burned money acquiring customers only to realize their CACs were increasing and unit economics came crashing down.

Zynga built an empire on Facebook, never diversifying until Facebook cut them off and crashed the company. They played with fire and got burned.

WeWork scaled operations without ever solidifying their business model. Now their IPO (and empire) are in ruins.

And that’s just the pressure of growing quickly. What about the long-term mission of the company?

The more investors you have, the greater the push for liquidity. VCs and pension funds NEED an out. But what if you mission’s less than fulfilled?

Many startups sell out too soon because of investor pressure when, often, pushing further (like Instagram could have done if they hadn’t sold out), leads to exponentially better outcomes for the founders, team and big picture.

But once you give up board seats and control, you can be ousted easily. Founders are replaceable, as even Travis Kalanick learned.

Money is a major driver when going into business for yourself. But when it comes to self-funding vs venture, who comes out ahead?

Like most things, it depends. While bootstrappers maintain 100% of their companies, they grow slower. The question is just, how much, and would the increased agility and scale of venture backing make the pie that much bigger?

That comes down to valuations, cash-efficiency and timing. For most founders, the ideal is to take as little money as necessary. If you could build a $100M company with a friends and family round, you’re looking at a much bigger outcome than the guy who raised $100M, sold for half a billion and gave his investors preferred shares (for more on preferred shares and venture economics, see this post).

MailChimp, SPANX, Basecamp and Patagonia… their founders didn’t do too bad. And they didn’t take a dime. (I recently interviewed Basecamp founder David Heinemeier Hannson and he attributes much of their success, company culture and longevity to exactly that).

It’s all about the money

One big difference between self-funded startups and those seeking funding is their time commitment. It takes time (and a ton of energy) to raise a round. It’s an eighteen month recurring rollercoaster where you HAVE to hit specific growth metrics and still spend 3–6 months fundraising.

Distracting to say the least…

And when the customer is always right and product-market fit is everything, the added pressure of pleasing investors can kill a startup (especially a solo founder startup). Your business NEEDS you in the trenches doing what you do best.

But if you have two months of cash in the bank, all bets are off.

Alternatively, bootstrapped founders are often scrappier, making every dollar go further. That’s good, up to a point… The problem is when it comes at the expense of growth, which it often does in the hyper-competitive world of online advertising.

Be scrappy WITHOUT hamstringing yourself.

Regardless of the type of business you’re building, here’s an exercise. I guarantee it will help your business. Here’s what you need to do.

Whether you’ve raised $50M and are planning next year’s Series C or are at $50k in MRR and shooting for 50% year-over-year growth, think about what the “other” would do?

Funded founders: What could you learn from a penny-pinching bootstrapper? What parts of your organization are frothy and in need of a slimdown? The kombucha bar? The catered lunches? The CRM software you forgot to cancel…

When you make every dollar count, and have a war chest, you’re unstoppable.

And bootstrapped businesses: Could you be going/growing faster? What would it cost to double, triple… 10x your sales? What would you do different if money were no object?

10x results don’t take ten times the effort, but rather, a shift in your thinking and better processes and systems. It’s time to uplevel.

Think those through. Answer for yourself and your business, and brainstorm some more. Play devil’s advocate. You’d be surprised how well this works for my CEO clients. It can do the same for you.

There’s no right or wrong way to build a business, just different approaches. Each has its merits. And every one of us must decide which best suits us (and our businesses).

What about you? What do you think? What kind of business are you building, and why?

I’d love to hear your thoughts and advice in the comments below. Did you take on funding? Why, or why not? Would you do it again?

Post Views: 851
Share
previous
Copy/Paste Commerce: Inside Facebook Growth Strategy of Stealing Startup Ideas and Why You Should Too!
next
How to Futureproof Your Corporation from Innovative Startups