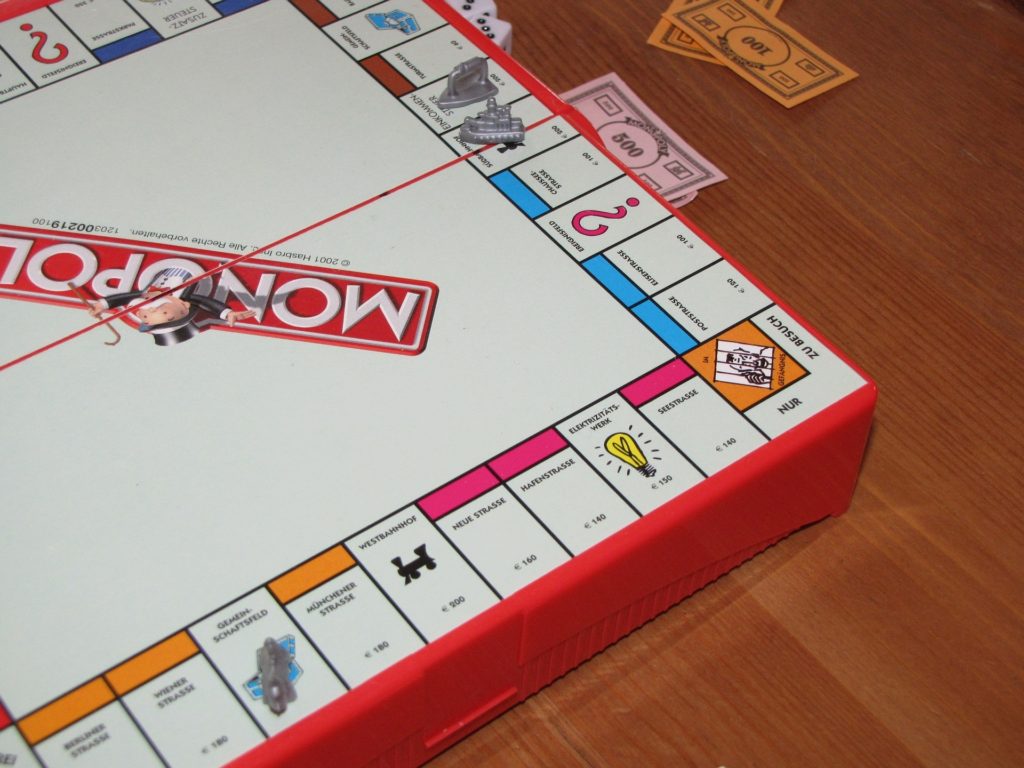 With great power comes great profit, and then even the innovative get fat and lazy. This was the paradigm pre 2000s. Rome rose and fell. Microsoft’s monopoly was cracked. Kodak created the digital camera and kept it from customers.

The bigger they are, the harder they fall and the harder they fight. But historically failure was inevitable — no man, country or company ever reigned supreme in perpetuity. Chaos and innovation simply would not allow it.

Fast forward to today. We are entering a world where this may no longer be the case. The companies of today are infinitely more powerful and resourceful than the empires and industry moguls of old.

Historically this was hard but inevitable. New changes and technologies propelled era after era out of existence at rapidly increasing rates (recently much in relation to Moore’s Law).

Unlike even 10–15 years ago, tech giants are creating the bulk of the wealth and innovation in the economy. Companies like Facebook, Google and Amazon have more money than most small nations and more control than any one government, should they so choose.

These giants don’t just fight competition, they destroy it. The leaders of today have learned the lessons of old and acquire promising startups often and early to protect their own ass. They have the most talent, the most money, the most data and no moral quandries with flat out copying competitors.

In an era where user experience is everything and data is king, how can startups compete? US Anti Trust laws are dated. They define monopolies not by their power and control, but by negative impacts (specifically price gouging) experienced by customers.

When you search for dinner and Google shows you your favorite restaurants, knows your preferences, suggests a great vegan cafe and books you a table, how can consumers complain. It is seamless, “Google just gets me.”

But Google scraped Yelp’s database, showed reviews, cloned an OpenTable and booked a place, all without leaving your search browser. And guess what, the government does not care.

Try it before you buy it

Almost all giants have all been accused of Microsoft like monopolistic tendencies. They lure startups in with talks of acquisition, pick apart the tech, pass on the deal and build it in-house. Then thanks to network effects and enormous, engaged user bases, Facebook, Amazon and Google can deploy and dominate the market — just ask Dave Morin.

And when Google and Facebook control the channels where startups acquire customers, a small tweak to the algorithm ensures their competitors drift in obscurity.

And this is why we find ourselves attending congressional hearings on the alarming power of tech and its ability to influence elections (on a sidenote, America has aggressively influenced dozens if not 100s of elections worldwide so it is hard to really whine about being on the receiving side).

But these hearings and debates are a joke. The regulators assigned do not understand the underlying issue — network effects and user experience.

Amazon’s a great example of this. Amazon aims to kill all 3rd party sellers, yet brands CANNOT afford not to sell on Amazon (more on this here). The rewards are too great. Like eating fastfood, it is great in the short term and deadly in the long run.

By building the West’s strongest ecommerce marketplace (Alibaba and Taobao in China are actually stronger), Amazon has become untouchable. Brands have to play ball and so do the regulators. Imagine the senator or congressman who costs his district a shot at Amazon’s 2nd HQ? No point running for re-election then. Consumer’s love Amazon. It is fast, easy, cheap and convenient. You can order ANYTHING at the click of a button and have it delivered ASAP.

Truly too big to fail?

The banks got bailouts because they screwed consumers, made money on bad loans and were too big to fail. They did everything wrong and were rewarded. At this point Amazon, Facebook and Google are the utilities of today.

Shutdown Amazon and millions of merchants lose their livelihoods. And customers would rebel. How else can I get my subscription toilet paper delivered?

Plus ~70% of internet traffic goes through AWS. Can you imagine the economic ramifications of in essence turning off the internet?

And what about Google? Google search accounts for 77–80% of search traffic. Google Chrome is the most popular browser with 44.5–63.6% of all users (depending on source). And Gmail is no different with over 1B monthly active users — email is the lifeblood of most businesses….

Don’t forget Youtube, and Google Maps, and your calendar… oh, and all of Android.

Facebook is the same thing. Families and friends would be literally ripped apart. Experiences lost, billions of family photos forgotten… Between Facebook, Messenger, Whatsapp and Instagram, Zuck controls billions of individuals and owns ALL of their data.

When you get used to a rare luxury, it goes from being scarce to being something you cannot live without. Any of these 3 companies could cripple the internet, the American government and the world economy at large.

During the Cold War we called this equilibrium Mutually Assured Destruction. Speaking of Russia…

One of the fascinating effects of social media and our connected world is the rate at which news and information spread. Yet as we’ve seen, facts can be falsified. Propaganda is the use of biased or misleading information to promote a political cause or point of view. And it has never been so influential.

People are inherently lazy. They read the headline and skip the story. And due to the nature of clicks and impressions and the flaws with modern media and “journalism”, we’ve incentivized a culture of click bait and intellectual garbage.

I don’t have an answer for this. But the algorithms are driving this change. As traditional journalism dies, something MUST take its place. And the terrifying thought concerns the power and control of these colossal companies.

Zuckerberg has 2.1B+ MAUs. What happens when a megalith tech company starts to push the limits or censor negative and hateful content? The path to hell is paved in good intentions and absolute power corrupts absolutely (just look at politicians).

These social dynamics make Facebook and Google nearly unassailable (here’s Google’s one achilles heel and a longer look at Google’s epic future). With the power to “control” the news, feature themselves and their products and billions of times more data, money and manpower, we could have created the ultimate tool to fascism. One man at the helm pulling the strings has more influence than Rupert Murdoch or Donald Trump.

Net-net, Facebook, Google and Amazon have been forces for good in the world. They have innovated, increased quality of life, access to information, family, friends, products, entertainment and more.

But they are incredibly dangerous and likely not-regulatable. Are these short term problems or long term considerations? When will rubber meet the road?

This level of control, wealth and power are not inherently destructive, but every empire eventually inherits an evil heir.

Can you create a conceivable future where this doesn’t go horribly wrong? I can’t.

Would love to hear your thoughts below? We didn’t even touch on AI, but artificial intelligence and it data constraints further strengthens the Trinity of Tech.

This isn’t about answers, it is about questions and having an informed debate with smart folks focused on the future. So please share your thoughts below.

Be sure to share this on social. People need to understand these issues and have a open debate on our future as a society.

Post Views: 359
Share
previous
The Death of Google and End of Apple?
next
Amazon’s Acquisition of Whole Foods = Gameover Groceries…