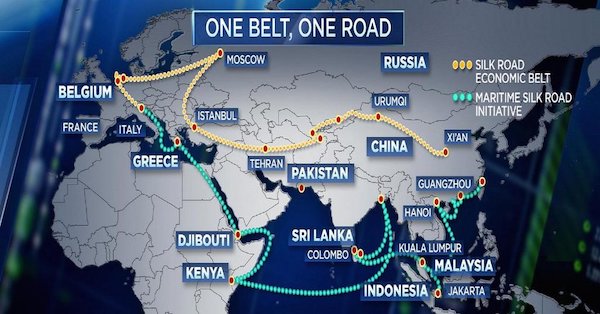 This started as a thought experiment, a devil’s advocate to the question: Is mobile a done deal, or is there more to the story?

We’ve had Google vs. Apple. Are we in for another heavyweight slugfest?

Unless you’ve been living under a rock, you know tensions are at an all-time high between the US and China. The trade war, Huawei, spying, the horrific Hong Kong protests… Things are not shaping up well for collaborative economies.

That’s a problem, especially as so much of both countries’ economies are built upon mutually beneficial trade. But this post isn’t about tariffs or Trump, not really, it’s about Android and the operating system of the future.

What would it take to upend Google? (Interested in the future of Google? Here’s an analysis)

Could China pull it off?

Successful platform businesses are THE best businesses out there. They print money while others perform the labor, and have incredible lock-in (Run a startup? Here’s how you decide if should you build on a platform or not). Apple’s iOS walled garden, Amazon’s fulfillment centers and customer base, Facebook’s social graph… when it comes to network effects and inevitable monopoly, the tech giants of today have things locked down (For a deeper dive, see this post).

But Apple and Android have mobile monopolized, don’t they?

Android owns ~87% of the smartphone market today (the cheaper segment), and Apple, the other 13% (depending on the exact source of your stats).

And yet, there are angry parties on both sides of the aisle. Both Apple and Google charge developers an arm and a leg, and are under fire from governmental regulators for everything from data security and backdoors to monopolistic practices.

But users don’t seem to mind, buying devices at a blistering pace (although that is slow as we reach peak mobile). For users, it’s not like the price of free goes up…

China, though… that’s another story.

For the longest time, China has been closed off to foreign companies. Rather than allowing giants like Facebook and Google into the country, they’ve built knockoff replicas of the internet’s most popular products. Today Baidu, Alibaba and Tencent dominate the Chinese ecosystem. Software-wise, your average Chinese citizen wouldn’t EVER need to use a Western tech product, and the chasm is growing.

With the US banning Huawei (under borderline terrorist terms), and the “Trade War” between the two superpowers, both countries are realizing their economic and societal interdependencies, and are scared shitless.

What happens if Huawei (the leading [and cheapest] manufacturer of 5G equipment worldwide, a company under China’s authoritarian regime) were forced to hand over the keys to the kingdom to the communist government? Could Beijing disable our networks and cripple our economy? It seems likely. And if you broke the internet, EVERYTHING would come to a grinding halt.

And from China’s perspective, the same is true from an influence and opportunity sense. Why else are sites censored and platforms like Facebook and Twitter blocked? Information is power, and they don’t want us influencing their citizens, especially considering our opposing values…

But despite all that, China will inevitably surpass the US as the world’s largest economy and primary superpower within the next half-century. It’s just a numbers game.

But what about influence? What about power?

The Chinese government (and industry) have been investing BILLIONS ($900B to be exact, with a B!) in infrastructure in Asia and Africa. All roads lead to China. And locals love them for it. A cynic would call this an IOU. An optimist, a great way to uplift billions.

Regardless of where you stand, this forward-thinking leadership positions China to be a MAJOR player on the world stage.

But what about from a tech perspective?

China has always struggled with expansion and building international brands. To date, TikTok is the only real example. And their 500M users is nothing compared to Facebook’s 2B+.

But the United States has already made major economic and technological threats to the People’s Republic. If you were China, wouldn’t you want to take control of your destiny?

Huawei is the second-largest handset manufacturer worldwide, and Xiaomi’s #4. China’s 1.39 billion people are the biggest market out there. And their government’s massive initiatives into the economy, AI, tech, genomics… pretty much all the biggest drivers of the coming century, indicate they’re able and willing to make big bets.

Oh, did we mention Huawei’s the leading manufacturer for 5G — the future of networking.

What happens if/when China decides they’ve had enough. Android is open-source. Anyone can access apps (all of which would work on a forked version of Android), they have the infrastructure (Huawei plus the One-Belt Initiative). And people, there’s plenty (plus many of the world’s leading developers and AI talent).

China has the ability to build a true Splinternet, a Chinese Android (CAndroid) with WeChat at its core. But why stop there?

Well, Apple and Android, of course. But are they that big of a deterrent? The Chinese government has the ability to mandate new phones/OS’s run CAndroid, even to subsidize their cost. It wouldn’t be that hard, and may just be inevitable. It’s Occam’s Razor of international economic politics.

And if China closes off further from the world, what would that mean?

The hardest thing about building a platform or operating system is the initial flywheel. Once the hardware/software and users are in place, scaling isn’t a problem. (Here’s an analysis how Amazon does it so well: AWS, Alexa, Amazon.com.)

Throughout the developing world, Android is top dog thanks to its inexpensive handsets and interoperability. But, if Huawei and the Chinese government are flooding Africa, Asia and South America with cheap Huawei gear, why not roll out their Chinese OS (CAndroid) as well? And if their government’s willing to bet BILLIONS on infrastructure in Kenya, wouldn’t subsidizing CAndroid there make sense as well?

So, the question becomes, could we be headed for another platform wars? What would stop your average low-income Nigerian or Indonesian from switching? It sure isn’t loyalty to America or American tech giants.

I scratch your back, you scratch mine… China seems to get that. And it’d be the ultimate power move to roll out a Chinese competitor to Android.

NOTE: I’m not rooting for this and believe it would be incredibly detrimental for the world, should the separation grow between the US and China… But when you look at it from a Chinese incentive perspective, it makes a lot of sense.

And it’s not like Huawei’s selling much to American consumers (actually, their sales surged 23% since Trump’s ban: ft.com). For them, what is there to lose? Same for the Chinese government.

Which quickly enters into the realm of dystopian surveillance state. We’ve already seen their social credit system, and that’s just getting started. What would Chinese top-down control mean on a regional level?

Economic “armies” are the most effective.

Why it’s so interesting

Today, Google and Apple rob developers blind: 30%… It’s the reason Fortnite, Spotify and others have been avoiding the app stores, or forcing out-of-app purchases. No one wants to pay the Apple/Android tax, especially on recurring subscriptions.

So, let’s say China gets its mobile coup. What then?

Well, friendlier terms for developers would drive devs to the platform in droves, assuming the user base was already there. And, given China’s 1.39 billion people (and the effect of onboarding much of the developing world), it seems likely it would be.

Then, it becomes a business decision. Are we better off building on Android or CAndroid first?

“Show me the money!”

Would that be the end-all? Would political and moral values weigh into the picture?

From the actions of oil companies in the eighties, the wolves of Wall Streets and Cambridge Analytica’s classy political ads, I think we can say there are enough crooked companies to create a killer app ecosystem (regardless of China’s human rights abuses).

And let’s not forget, a long-term-focused Chinese government could literally fund the development of apps/platform… Strategic initiatives get serious investment.

Start to see the picture?

This isn’t happening, at least, not that I can tell. But it is scary how easy/inevitable it seems.

Hardware + software + funding + users… that’s the recipe for a successful platform. And exporting that platform (and its subsequent values), that’s just a matter of marketing and subsidies…

Privacy and trust would be the biggest hurdle to something like this happening. That, or existing defaults.

However, from a privacy perspective, CAndroid would NEVER start first in the West. Europe (and even the US) are much too sensitive to the plight of the Chinese people and fear of government surveillance. Just look at GDPR…

But even then, we allow Facebook and Google to own our lives and sell our souls without a second thought (overdramatized somewhat, but actions speak louder than words and little/nothing has changed since the Snowden and Cambridge Analytica stories broke…)

The rest of the world though… If a middle-class America (a one-percenter by any measure of global wealth) is willing to give up their data for fitness app or Gmail access, why would someone with true economic hardship scraping out a living in Pakistan or the former Soviet Union do the same? Especially if it’s cheaper…

This was inspired by an HBS professor I was helping to understand platforms and the potential to disrupt the mobile space. This is the only new OS push I see potentially playing out.

What are your thoughts? The concept isn’t fully fleshed out, but it’s worrying to consider and seems all too doable.

As someone with a background in platforms, network effects and growth hacking, this seems the perfect place (probably only place) for a major mobile coup. No other players have the resources and wherewithal to try something like this. But China does…

Think this is doable? Think I’m crazy? I’d love to hear your thoughts in the comments below.

Interested in help building/scaling your startup or business? Let’s chat!