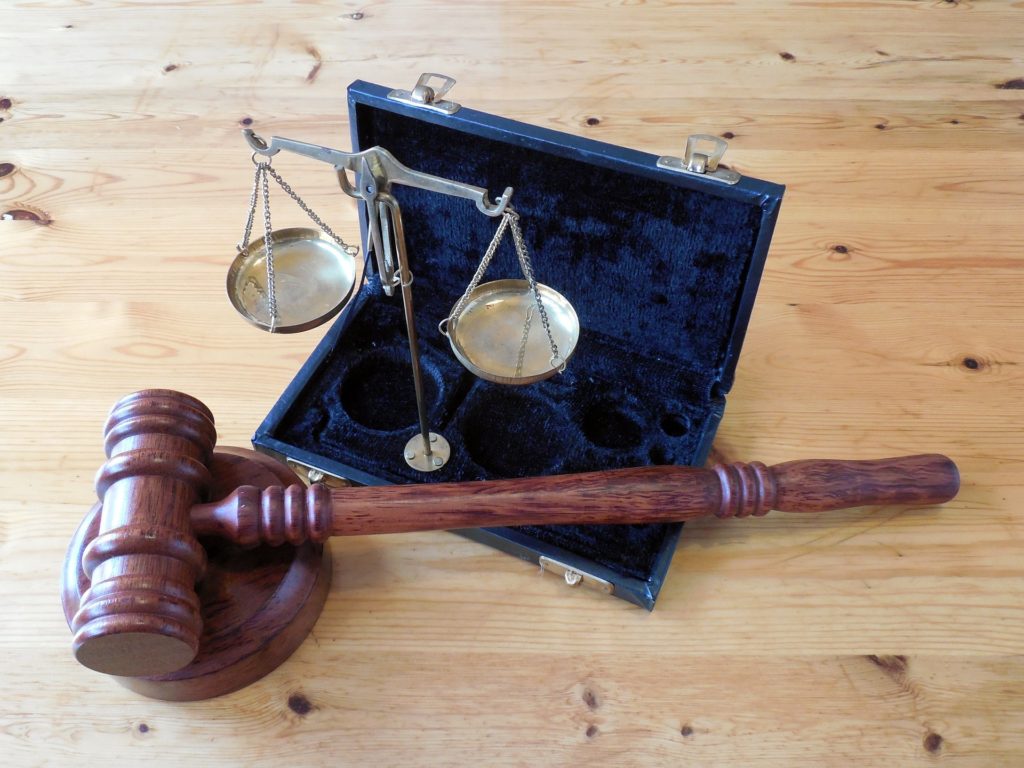 Why Regulation is Often Not the Right Response

Why is it that often the most uninformed (or corrupt) among us make political decisions that shape the future?

I am of course speaking of the recent passing of the SESTA/FOSTA bill to fight online sex trafficking. Talk about a tricky and unfairly named/worded bill. Any entrepreneur worth their salt knows that asking leading questions inevitably skews the results. We hear what we want to hear and ask questions in ways to confirm our biases/beliefs.

This appears to have been the case here. Who wouldn’t want to fight sex trafficking, right? Could you imagine the political backlash for senators or congressmen that opposed the bill?

The problem of course is unintended (or possibly intended) consequences. When legislation is written in such an unambiguous way as to provide leeway and possible interpretations to the powers bestowed, we entered into a slippery slope of tyranny.

The first and most important amendment to the United States Constitution guarantees freedom of speech and of the press. In a democracy there is nothing more important to protect. Governments corrupt and ultimately fail as these rights are taken from individuals. In a world where governments have a monopoly on “legal” force, the only alternative is discussion and debate.

This is part of what makes the recent ruling so troublesome. As with the rollback on net neutrality, SESTA/FOSTA creates a precedent for removing/censoring alternative or distasteful discussions/topics/ideas etc… Platform providers cannot afford the liability and thus cut off related topics entirely (Craigslist’s personals section was removed within 24 hours of the news).

So are government given oligopolies

When governments draft regulation to protect XYZ group (in this case victims of sex trafficking), they often forget external variables.

The path to hell is paved with good intentions

In this case and most every other, regulations are based on the status quo. Government officials and legislators cannot think outside the box and thus in an attempt to prevent harm, often entrench the status quo.

By creating costly regulations, regulators stymy innovation. Startups cannot afford the legal risks, monopolies can however. Facebook, Google etc… , they have armies of lawyers and billions of dollars at their disposal. That is why you will find most of the top tech companies in support of the bill, including the Internet Association whose members include Amazon, Ebay, Facebook, Google, Linkedin, Reddit, Microsoft and 36 other tech giants.

For a more in-depth analysis of SESTA/FOSTA, referred to in tech circles as the world of both worlds, see this article.

When governments grant monopolies (for instance in the case of telecoms and utilities), we often see bad behavior when there is not explicit limitations placed upon them. There is a reason telecom companies are some of the most hated organizations on Earth.

According to Yahoo Finance, 4 of 12 most hated companies in America are telecoms. With regulations virtually ensuring their market domination, competition cannot exist to fight price gouging, poor customer service or overall contempt (and this poll happened before we rolled back net neutrality…).

But regulations and business protection are sometimes necessary. For instance, while patents draw extensive criticism, with certain products and industries (for instance pharma), the cost of developing new drugs is enormous. Without sufficient assurances (ie guaranteed monopolies), many businesses would not be able to justify high R&D costs, thus leading to less innovation.

It depends on who regulates, and how

The primary difference between patents and protective regulations is who governments try to protect. In the instance of consumer protection, we often have unintended side effects. The same will likely be true with Europe’s GDPR and any attempt to regulate online advertising. While well-intentioned, these types of measures create costly barriers to entry (see above argument on SESTA/FOSTA).

If Facebook, Google and Youtube need to manually review a percentage of all ad buys, they could hire an army and build tech to do it. Will hundreds of billions in market cap, both companies have leverage. The same isn’t true of a startup or even SMB. Extra rules and additional paperwork simply slow down innovation and increase costs (look at government, healthcare and education).

For healthcare and education specifically, the amount of regulation is ridiculous. We “have to” protect consumers, unfortunately, those protections (in addition to misaligned healthcare incentives) have caused US healthcare costs to skyrocket.

Interestingly, the healthcare crisis of misaligned incentives occurred thanks to another US regulation during World War which banned wage increases (too many workers going to war so the government wanted to ensure companies could still afford to hire employees). Unfortunately as Ben Thompson brilliantly points out in this episode of Exponent, this caused employers to start offering healthcare plans to employees (thus creating the payer, provider, consumer system the US still struggles with today).

How should regulation work?

While libertarians argue that regulation always does more harm than good, this places too much emphasis on idealism and fails to take in account other extenuating circumstances like the ability to leave one’s country or place of origin at a moments notice.

In an ideal world, perfect libertarian capitalism could thrive, but so too could perfect communism… Unfortunately, there is no sure thing as perfect, people get in the way.

Opponents of regulation need look no further than the issue of slavery. While slavery is morally indefensible, it was an incredibly popular and profitable business. And surprise surprise, it seems to have cropped up throughout human history again and again (Source, and shocking timeline).

Athens banned debt-based slavery in the early 6th century BC. That was 2500+ years ago. And by 12AD, slavery was banned throughout the majority of Greece and the Chinese and Roman empires. But like all evils with money to be made, it returned with a vengeance.

Then again during the Middle Ages, countries/kingdoms throughout Europe need to ban slavery again, including the entire Christian “kingdom.”

Every time we discovered new lands, new rules needed to be written. The new “savages” had little to no protection and thus slavery began anew — again and again, and again — throughout the colonial era, the modern era and through to today.

Finally in 2008, Kazakhstan, the last of the major countries signed the 1926 Slavery Convention accords, a full 82 years after being written…

It took a Civil War to end slavery in America.

Timing is ½ the battle

The key to regulation (and government as a whole) is the fact that it moves slowly. While frustrating for many things, the fact that government takes a while to get its act together acts as a damper and stabilizer (at least in theory).

Consider if you will an intense argument. Is responding quickly (and possibly ruining the relationship) better than taking your time, thinking things through and then reacting? The time delay allows you to assess the situation and respond logically rather than getting caught up in the heat of the moment.

The public and private markets move at different speeds. So too do business and government. If governments tried to keep up or act immediately, the results would be catastrophic — that isn’t a hyperbole. Experiments take time, any scientist or entrepreneur understands that. Reacting without results/data is dangerous. In a world where regulations can kill or create industries, it is important to fully understand the situation before acting.

Slow is a feature, not a bug (at least normally).

And here we come back to the conundrum of government, the fact that often the most uninformed (or corrupt) among us make political decisions that shape the future. This is clearly suboptimal.

But what would be better?

There are several plausible systems, each with their own strengths and weaknesses:

While direct democracy: 1 person, 1 vote: is obviously flawed (look at the results of our most recent election and fact that average American reads at a 7–8th grade level), it is hard to design a fair and robust system of governance.

And though blockchain projects are working on their own systems for governance and control, I believe the most effective system to be Ray Dalio’s idea meritocracy. Dalio, the founder of Bridgewater Associates (the world’s largest and most successful hedge fund) has a simple rule: the right people make the right choices. His system of idea meritocracy quantifies every individual’s abilities in a variety of fields/disciplines and decisions are made in a meritocratically weighted fashion where the most qualified have the largest % say.

How about a thought experiment

Applying this system to the real world (and politics) would make things somewhat more complex. To achieve results, it seems certain that a variety of disciplines would be needed for every major issue, ideally represented proportionally to their importance/experience on said issues. At first glance, this would mean every subcommittee should be composed of some combination of corporates/business folks, startups/entrepreneurs, lawyers, psychologists, economists, politicians (eww) etc…

This isn’t likely to happen, at least not first in American politics. Whereas other countries could pilot similar systems, it seems most likely that DAOs (or distributed autonomous organizations) and blockchain projects could make perfect early adopters/testers of the system.

While politics have slightly different flavors, the core components needed for any blockchain project would certainly be similar: developers, marketers, business people, economists, lawyers, potentially even psychologists… The analogies are not that far fetched.

And when it comes to governance of multibillion-dollar projects, it makes sense to design for durability and directional change as needed. If you are involved with Aragon or any other decentralized governance protocols, would love to chat. The direct democracy model is flawed and if a project perfects this model, it may well be one giant leap for mankind.

There are always unintended consequences. Feel free to share your favorite examples in the comments below.

We need a better way of making decisions and passing laws. Any ideas?