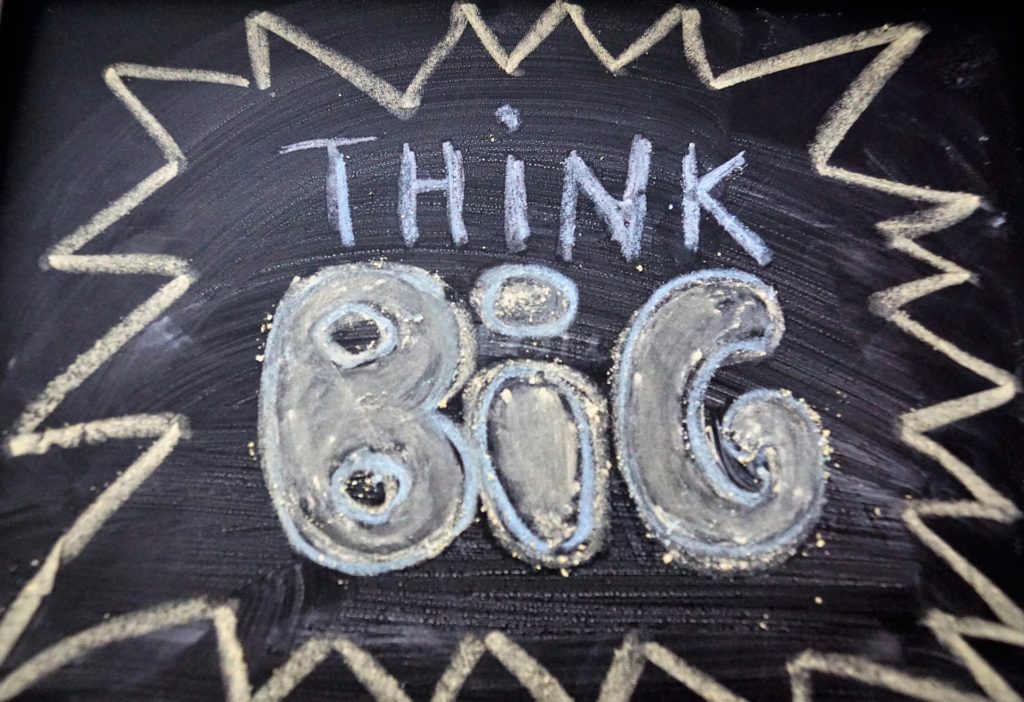 And like life expectancy, our impact is directly proportional to our beliefs. Said another way:

What do you think you can do?

As an occasional angel investor, I’ve seen a lot of pitch decks and while I’m no Sequoia Capital, I get pretty decent deal flow.

I’m seeing the projects the best and brightest are working on and I am often disappointed.

Facebook and Google are the perfect examples. The world’s most talented developers and computer scientists are dedicating their lives to wasting yours, stealing your attention with bullshit advertising, optimizing for time on site and click through rate instead of solving real, meaningful problems.

(NOTE: Google is attempting many meaningful problems, courtesy of the gold mine that is search engine advertising. For more on their diverse and incredible business, see this post).

Gods of the Valley — Part 2: The Future of Google

The problem isn’t the entrepreneurs though, society is. Humanity’s collective attention span and focus are continually decreasing. Teenagers dream about getting a new  iPhone. What the hell happened to us. We use to aspire to reach the stars, explore the moon, cure disease and instead we’re shuffling around staring at our phones…

There are many problems with today’s world. Many, if not most of them come down to a fundamental failure of incentive models — specifically short term incentivization. We seek short term gratification while ignoring potential consequences.

…we do things that feel good now.

And how many public company CEO’s forgo bold investments into future projects to pad their numbers for Wall Street. That’s how they are incentivized, look at performance bonuses. It is all about cutting overhead and optimizing for the here and now (ie sacrificing long term innovation/growth).

It is always about the next thing — SaaS, AI, autonomous vehicles… Finding the next Facebook, Uber, Airbnb or Amazon makes ANY VC’s career. The nature of power law of investing coupled with the lucrative 20% carry incentivizes venture investors to aim for homeruns — within reason — ie the homerun HAS TO HAPPEN in less than 10 years (12 max).

Unfortunately, that is the lifecycle of 99.9% of funds. VCs need liquidity to satisfy LPs (limited partners — ie investors in VC funds), and so the cycle goes.

But this limitation is artificial and harmful. It creates an environment where investors NEED to focus more on liquidity and short-medium term returns over all else.

Today Benchmark’s stake in Uber is worth ~$7B — that equates to $1.397B in carrying for their general partners. That dwarfs EVERYTHING else for Benchmark. That is throw away your reputation type money, hence the conflicts with Uber.

(For more on Benchmark and Uber, see this post.)

Uber is Going to 0, and Benchmark Knows It!

Now, this is not to hold up Uber as the ultimate example of the theory. It is more to illustrate the issues. VCs have timeframes that cannot be violated. These timeframes and incentive structures force them to focus on (relatively) quick and easy wins: SaaS, ecommerce, delivery etc… quickly come to mind — really Uber is the exception and even that has its limits on patience.

This is human. We do what rewards us. I have no problems with that.

But we are entering an era when this NEEDS to change. With autonomy and life extension on the not too distant horizon, it begins to beg the question: what are the real problems to solve.

Today climate change is a real thing, 10 years from now it will be unthinkably worse… And there isn’t a light at the end of the tunnel, not if we continue down a path of profit at all costs.

We are so caught up in making money for money’s sake, that we lose sight of the goal.

The Vietnam War is a great example of losing sight of the goal.

While fighting to “save” South Vietnamese from the “evil” communist North (who the South actually wanted to join), the US government dropped firebombs and Agent Orange (chemical weapons) all over Vietnam (north and SOUTH). This feels akin to a lifeguard intentionally drowning someone in a pool…

But everything is different in war, right?. It is all about winning, at whatever cost…

That is what is happening today with capitalism/money. As a society, we forget that money is completely made up and designed to promote economic and societal wellbeing.

What grants this green paper the power to to control and define us?

Making money while making a difference

I will admit much of this article is playing devil’s advocate. I’m an angel investor, a serial entrepreneur and as capitalist as anyone else in this industry, but I think a bit of meta self-reflection is needed here.

What did you dream of being as a kid? Did you want to be a firefighter? An astronaut? A policewoman? We all had big goals and big dreams. I for one wanted to change the  world — and I am going to.

For venture capital and capitalism as a whole to thrive in the coming years as jobs are replaced by AI and our world/society undergoes an unprecedented change at an unprecedented pace, we need change. We need longer-term, more collaborative thinking and more variables than mere money to optimize.

We need to think further out and fund the impossible. We may need to reinvent our entire economy and world structure. And governments are not the answer here. Startups and VCs are the most innovative and forward-thinking members of society. We will define and guide the world in the coming decades, exponential technologies practically guarantee it.

To succeed and shape the world into one where everyone wins will require ingenuity and big bets. I’m betting on longer-term thinking — and against liquidity.

Creating the future we envision

Dystopia sells. That is the only future individuals have ever experienced — the scary, lifeless, unjust worlds imagined by Hollywood’s top fearmongers. We have the opportunity (but not guarantee) to create a much better, more prosperous world. But that requires effort.

There is a reason the world is slowly starting to rebel against tech, and it isn’t just Cambridge Analytica.

For the worker hearing everyday that their job is (or will be) automated/replaced/outsourced etc… it is hard to feel anything but anger and fear over the future.

We fear what we don’t understand. To build a better future, we need to focus on education, creating and painting a better picture of the future.

I for one believe we need a change.

The fringe technologies of today are vastly underfunded given their potential. I want to live to a healthy 153, see humans explore the stars, end factory farming and starvation and see 100% renewable energy usage, all in my lifetime. Why is such a small percentage of funding focused on far out big bets with the opportunity to change the world.

“we choose to go to the moon in this decade and do other things, not because they are easy, but because they are hard…” [and have driven some of the most important (and profitable) technologies of our era] — John F Kennedy

I am envisioning a fringe focused forever fund — a VC fund with a 50 or 100-year life cycle to invest in, help create and profit from the impossible. If you are interested in learning more and helping us change the world, please visit foreverfund.vc

What are you doing today? Sit down, think about it. What is the change you want to see in the world? Write it down. Now 10x it.

Each of us only gets one shot at this game of life. If you are not thinking differently and bigger than everyone else, you are probably wasting your time. It doesn’t take 10x the effort to achieve 10, 100 or 1000x times the result, it takes a entirely different way of thinking — and often about the same amount effort.

If you could have exponential impact, what would you be working on?

And now I will leave you with a message from Peter Diamandis, founder of the XPrize and numerous other bold, daring and successful ventures.

Post Views: 513
Share
previous
Founders! Have a Fear of Missing Out and Shiny Object Syndrome?
next
The Inequality of Innovation