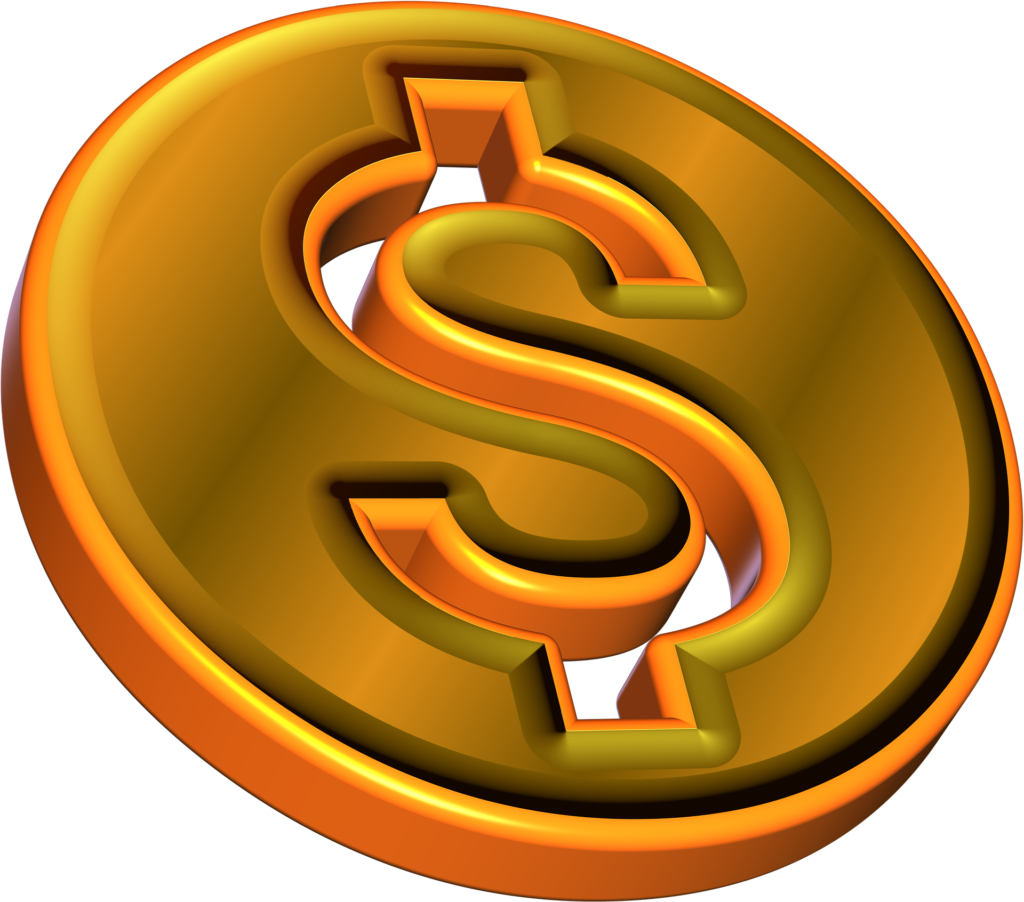 One and done funding

ICOs are being done all wrong. When is it a good idea to give teams mountains of money before even building product? That’s a recipe for disaster.

When life is too easy there is no reason hustle. After two short years of vesting (if you even have vesting!), you’re a millionaire. What motivation does a founder have to move fast and build things when they get rich regardless?

And there isn’t a big difference between $50M and $500M— it is life changing money either way — law of diminishing returns 101.

Know what is even worse though: non-vesting equity/tokens. What happens when the founder leaves after 6 months? Is the team motivated to keep building when Bob benefits, without doing a damn thing?

Luckily, there is a better way.

There are two ways to structure ICOs to not ruin the project (plus one advanced vesting structure that is absolutely vital which we talk about later). Anything else sets startups up for failure.

This is pretty straightforward. Either the community needs to control if/when funds are dispersed or networks need be structured to permit multiple ICOs.

Without oversight to reduce fraud and align interests in making the project a success — founders and investors will fight and the industry will fail.

The easier of the two to implement is an escrow. ICO funds are placed in an escrow service (like descrow) and specific milestones are decided by team and confirmed by backers. Smart contracts then control if/when funds are made available.

This could be a challenging proposition, choosing exactly when and how to distribute the funds is complicated. If milestones are too small/granular, setting up and agreeing to escrow terms will take tons of time and possibly not represent future directions of the project.

Conversely with only one or two milestones, things become unnecessarily broad and subject to interpretations by various parties. Here I believe the venture capital world has a pretty good system. As of 2014, the average number of venture rounds raised by a North American startup that eventually IPO’d was 4.4.Keeping in mind that a decentralized project is ALWAYS public, this number becomes 5.4 rounds of funding.

Thus 4–6 seems like a reasonable number of escrow triggering events, not pre-launch but up until the point of success of the project.

For a blockchain startup, what would these milestones look like? Here developers can trip up. Business isn’t just about the tech, instead results matter far more. If you build the world’s best decentralized network and 2 people use it, it is a failure — and everyone will lose their shirts.

So, following the traditional startup playbook, our milestones could look something like this:

Milestone 5 (or 6) should define what success looks like and each prior one should bring the network closer to fulfilling the mission. Then, if the team reaches milestone 5, no one can complain. They did what they set out to do, anything else is icing on the cake.

The other more complicated but less risky way to structure a fundraise would be around the multi-funding model. This is how venture investing works because both investors and startups realize the flaws of overfunding a company.

As a result startups traditionally raise pre-seed, seed, Series A, Series B and so on as their company progresses, hits milestones and requires additional funding to scale.

This model suits investors as it limits their downside risk but also forces startups to continually be raising. The typical/ideal runway per round is ~18 months, allowing the team sufficient time to build product, hit key milestones and demonstrate enough traction to raise follow on funding.

From a token perspective, this should not be incredibly difficult. Most startups reserve an options pool (equity/stock) for future employees to prevent dilution when employee incentives are needed. By setting this option pool at 10–15%, founders are able to hire top talent without worrying about significantly diluting everyone.

A similar model could easily be adopted with tokens. Let’s say you are running a blockchain based company and need to raise capital. To bring your product to market and put enough horsepower to disrupt/replace the incumbent, you foresee needing $20M over the life of the project (shoot for $40M).

NOTE: It always takes twice as long and costs 2x as much

Rather than raising everything in a single round, think about what significant milestones you need to hit to drastically increase the value of the network, and chances of success. Then base your strategy around a multiple token issuance. Assuming you need $10M initially, ¼ of the total goal, how would you structure your token issuance? A cap with re-distribution seems like a good bet.

This creates a cap on the total amount raised (expressed as a cap on the number of tokens to be sold) while also preventing whales from taking the entire round. The team/insiders are then allocated a fixed percentage of the total token supply.

While the percentages may vary, it is my personal belief the team should be left with 10–20% at the end of all subsequent coin issuances. This creates a scenario where founders/team have significant upside while not being disproportionately better of than investors (please feel free to add your comments/suggestions in comments section below).

Assuming you wanted to create the following scenario and issued 1B tokens, 10–20% (let’s say 20% for sake of math) goes to the team (200M tokens). Then ¼ of the remaining tokens goes to ICO1 backers (200M tokens) and the remaining tokens (600M) are unassigned, escrowed assets to sell later (at hopefully a higher price/token) to future backers. Thus as the project progresses and risk of failure decreases, the valuation of every individual’s tokens appreciate. The team can then raise non-dilutive future funding as necessary (it is probably best to have a specific target deadline).

Obviously if the project fails, it all goes to zero.

If however the project succeeds and does not require additional funding, remaining tokens can either be burned (resulting in massive appreciation), proportionally redistributed to existing token holders or used as bounty for miners, app developers and growth of the network.

These conditions should be predetermined before any token issuance with contingencies for each and transparency to backers.

Regardless of how you structure fundraising, vesting is a must. Charlie Lee reportedly just dumped all his Litecoin. If this had happened immediately following the ICO, where would LTC be today.

Luckily it appears that Facebook is looking at using LTC to power their peer-to-peer payment system and LTC has built a strong, loyal following and very successful use case. If this wasn’t the case however, the market would have tanked.

For both founders and investors, it is crucial to think about vesting. Most startups employ a 4 year vesting schedule with a 6 month cliff, meaning if you don’t stay for at least 6 months, you get nothing. From that point onward, employees (and founders) receive a set percentage of their equity allocation, ultimately tapping out at the 4 year mark

I feel this system is good, but not perfect for tokens. The issue being, equity is very illiquid — both its greatest weakness and its greatest strength.

The liquidity of tokens creates scenarios that misalign goals. If I can sell out at the end of year 4 for tens if not hundreds of millions of dollars, why care about building a sustainable, long lasting and disruptive project?

To be honest the liquidity of tokens scares me. What happens when vesting schedules finish and pump and dump becomes a real thing?

Instead I would suggest a selling schedule — something that limits the velocity with which employees, founders and large investors can liquidate tokens.

This reverse vesting means that teams can access some liquidity without tanking the token economy/price. This also forces employees to stick around longer and be more committed to the project and mission.

Even if it takes 2–4 years to sell of all your shares, you still have some liquidity faster than a traditional startup founder/employee. But you have to hang around and keep contributing to be able to sell it all off.

In this scenario, only employees with REAL need of the cash would sell off tokens because they still need to work towards building value for at least 2 years before they can get all their money out.

No pump and dump, no misalignment of incentives. Instead every day they stick around and fight to increase the value of the token and network.

Like anything in the blockchain space, open source code, innovation and experimentation is the driving force of this new economy.

Please economists, crypto-theorists, coders and investors, pick these models apart. To help crypto succeed and further the development of blockchain focused innovations, we all need a better, less risky and more aligned way of doing things.

Thoughts? How can the multi-funding and reverse vesting theories be improved?

Do you know of any projects employing these methods? I know escrow is becoming more mainstream, but even that has a long way to go and some inherent flaws (price fluctuations etc…).

Like this? You’d probably like my other blockchain and crypto articles which you can check out here!

Post Views: 2,447
Share
previous
Don’t Mine for Business Gold When You Can Sell Startup Shovels
next
The Memorable Elevator Pitch that VCs Can’t Ignore